Beyond Bikeability – Learning to Ride with First Step Cycle 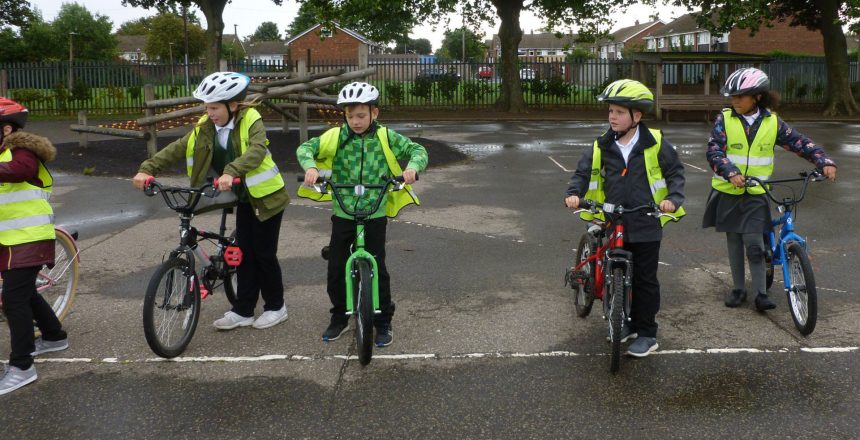 It’s been a great 12 months for First Step Cycle – since April 2018, we’ve helped thousands of children across East Yorkshire and Lincolnshire to become competent and confident cyclists, through the delivery of our Bikeability Level 1 and Level 2 programmes.

In Hull alone, 1476 children (and counting!) have successfully passed Level 1, 2 & 3 Bikeability with us this year.

Recently, our team went the extra mile – going beyond Bikeability to support a 10-year-old pupil in a Hull Primary School who had never learned to ride a bike.

At First Step Cycle, our focus is on delivering Bikeability courses to primary school children – providing on road and off road training to gain the practical skills and confidence needed to ride safely on Britain’s busy roads.

When Jill Attwood at St Charles RC Primary in Hull asked us to help them to teach a 10-year-old boy who couldn’t ride a bike – we wanted to help. We believe strongly in the value of cycling as a life skill, and without it, we knew he would be missing out on something most children take for granted.

The pupil, Ryan simply hadn’t ever learned to ride a bike. One of his parents had a muscle wasting disease. The other worked full time, and as a result, he wasn’t able to take part in the Bikeability course.

Ryan was desperate to ride a bike, and really upset that he wouldn’t be able to take part. The school didn’t want him to miss out – and asked us to come in and deliver some one-to-one training.

Ryan took to the bike in no time. Riding round the playground, he built up his confidence, and after a single, three-hour, one-to-one session with our cycle instructor, he had learned to ride a bike successfully!

We were all really proud of his determination and effort. It was a huge achievement, and Ryan received a special certificate so he could be recognised alongside the other children in assembly.

His parents were over the moon – so much in fact, that they rewarded his success by buying him a bike of his own for his birthday the following month. It was a fantastic result – and opens up a world of opportunity to enjoy the many benefits of cycling.

We provide Level 1 and Level 2 Bikeability courses to primary schools across Yorkshire and North Lincolnshire. For additional information on our service, or to book, please contact us today.
Get In Touch
PrevPreviousLeading PE in a Spanish School with support from FST
Next500 Kids Going Wild for New First Step Business!Next