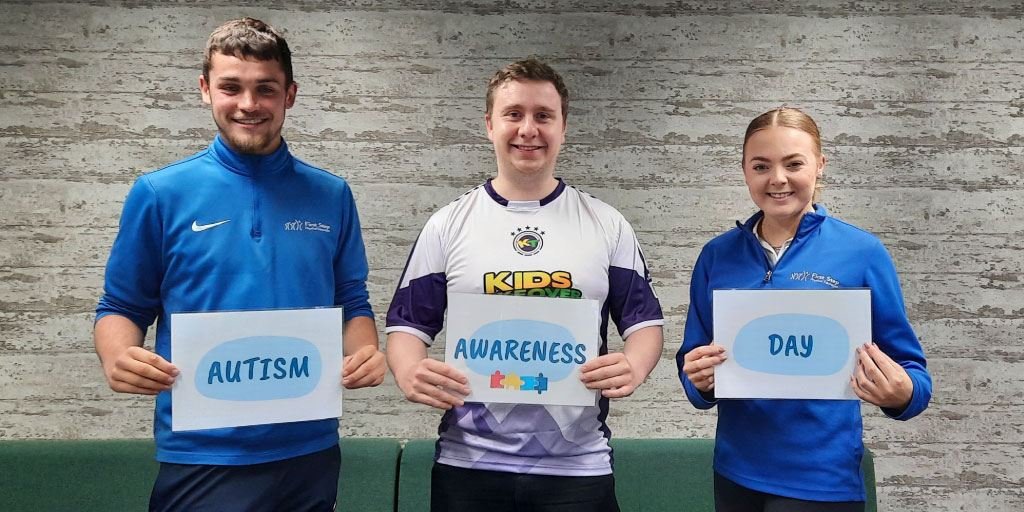 How you can show your support for World Autism Awareness Day

Parents are often the frontline of support for children with autism. In fact, what is now known as the National Autistic Society in the UK was founded by a group of concerned parents in 1962 to advocate for their rights in school and society. The organisation has expanded in line with the types of support that parents and carers need to provide for this neurological disorder.

Whilst World Autism Awareness Day was established by the UN in 2007, from as early as 1900, research, advocacy, and creativity had been established by and for autistic people. As a neurological or developmental disorder, it primarily affects how people interact with others, communicate and learn. Adults can be diagnosed later in life, but usually, the symptoms appear in their first two years of life.

So how can you support this community with such a wide tradition of activity, advocacy and research? Here’s what you can do to mark World Autism Awareness Day on April 2nd!

The colour blue is an international symbol of autism. For autistic children particularly, the colour was chosen as a representation of a calm but open perspective, that offers them sensory relief. Many organisations, including the National Autistic Society in the UK, use this as the primary colour of their brand.

The best thing about wearing this colour on the day is that it’s remarkably easy to find in a wardrobe or add to a make-and-do project for children. When you wear blue, you show your support for the community, a platform for a conversation with others on the history, impact, and importance of autism around the world. Go one step further and use or wear the puzzle piece, which is one of the other universal symbols of autism spectrum disorder.

These conversations have never been more necessary than they are today. Consistency of support and environment is often essential for some autistic people who are easily overwhelmed by stimuli. Specially developed school environments, such as the seven in the UK, are designed to create the routines that many autistic children rely on. Pandemic restrictions heavily impacted their well-being by the disruptions required to adapt homes and schools for safety.

Engage with autism in history and the media

The word autism was first used at the beginning of the last century in 1908, and it was the work of paediatric psychiatrist Dr Leo Kanner who first began to solidify the symptoms of the condition in 1938. However, it wasn’t until the 1970s when British researchers Dr Lorna Wing and Dr Judith Gould would enter ‘the autistic spectrum’ into the vernacular, potentially signalling the end of debates into just one type of autism.

Key to that research was how autism often manifests in children and adults who are highly intelligent and creative. In Dr Kanner’s study, for example, he found that the 11 children he researched possessed incredible intelligence and attention to detail, but little to no interest in social interaction. Especially for caregivers, this can be one of the most difficult areas to manage. So, focussing on what autistic people have achieved and do achieve during their lifetimes can have a huge impact on the levels of positivity in conversations about autism.

Some great examples include Pokémon creator Satoshi Tajiri and Dan Aykroyd, an actor, producer, and comedian known most notably for his role in Ghostbusters.

But what about the portrayals in film?

There has always been controversy about the more two-dimensional approach to the portrayal of autistic people. However, in the last decade Guardians of the Galaxy’s Drax has received widespread praise. Many advocates have argued it shows very clearly the differences between an inability to show emotion and the difficulties that autistic people have in showing emotion. Engaging with realistic portrayals of autism on screen, in books, and in the media can help spread a realistic message about the condition. It can also begin those conversations you have with your children as to how they treat and speak about people with neurological disorders like autism.

Spread awareness in your circle

Like anything, the conversation about autism has been blighted by misinformation. Therefore, support online and offline is essential. Practice the kind of conversations that move away from unfair or unfounded criticism of autism and instead highlight the impact that autism has on carers and what autistic people do throughout popular culture.

Engage with autism and autism awareness through your social media channels. Use the wear blue initiative to get your community involved, whether it’s by raising money or simply showing their support for caregivers.

Be aware, be engaged and be blue for World Autism Awareness 2022.