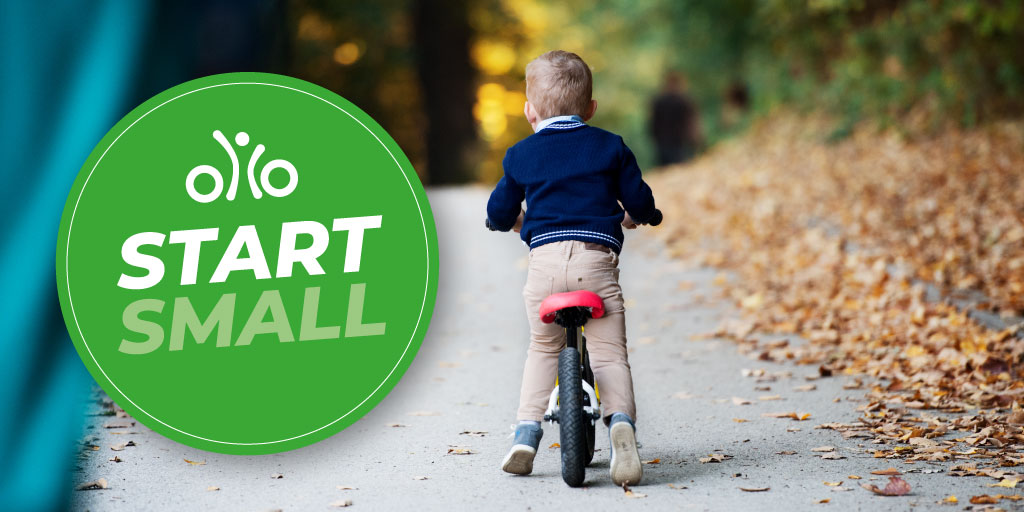 In a report released by Cycling UK, 70% of parents considered learning to ride a bike an important life skill for their children. Yet despite many parents teaching their children to learn to ride, many parents still harbour some very understandable anxieties about their understanding of road safety.

Fewer than 50% of parents felt confident that they could teach cycling in a way that helped their children understand the importance of it as a means for fitness, independence or for road safety. Despite this 60% of parents thought it taught their children self-confidence.

The key is to start small. The traditional thinking is that using bikes with training wheels is one of the most important steps to becoming a confident cyclist. Today, however, we know that balance bikes teach the one skill that is most challenging and makes the transition to pedalling freely virtually painless.

Balance bikes allow children to move freely and are far smaller than traditional bikes with training wheels. Children can start using them wherever there is space outside, such as gardens, balconies, and playgrounds. They don’t need to worry about different terrains and best of all, children can go at their own pace and be as independent as they need to be.

When it comes to road safety, there are two approaches that can help children better adapt to riding on the roads. Firstly, children can begin feeling the difference between different surfaces and terrain with their bodies. On a balance bike they can move between using the brakes and stopping their feet because the bikes are much closer to the ground.

Secondly, because balance bikes are designed for smaller bodies, they can learn the differences between levels of ground, holes, and divots. Bikes with training wheels often lead to children riding at an angle when on uneven ground. They may get stuck and find it difficult to manoeuvre all four wheels on these surfaces. However, with smaller bikes and two wheels, it’s much easier for them to correct themselves.

First Step Cycle offer Bikeability training from levels 1 to 3 with children of a similar age and ability. Each level introduces children to basic riding skills such as signalling and breaking and when they’re ready, we offer practical learning for cycling routes they would commonly take, such as to and from your school.

PrevPreviousHow can you keep your kids safe online?
NextSign up to Modeshift and get £300!Next